A Preview of the Selections

The layout is done, we’ve got copyright releases from everyone, and we’re just a few small adjustments away from delivering files to the press. Now, at long last, we can begin to share with you the book’s contents! 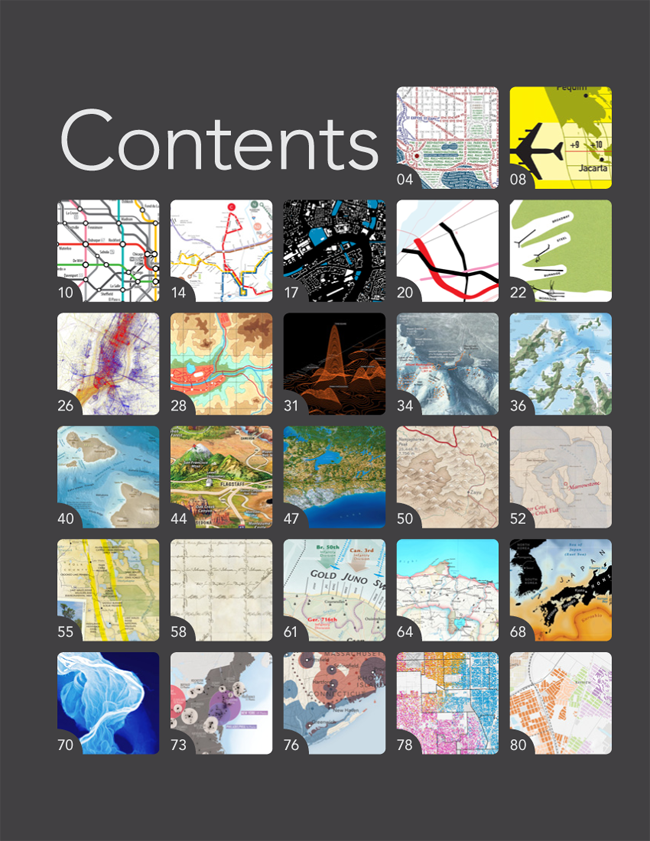 Click to view PDF of the book’s Table of Contents

The selections for the inaugural edition of the Atlas of Design are:

You may notice that several people involved in putting the Atlas together, including the editors, are featured in its pages. The judges and editors involved in making the final selections recused themselves where appropriate, both in passing judgment on their own work, and in evaluating that of close colleagues. The world of professional cartographers is a fairly small one, and a lot of people know each other. But we’ve tried to ensure that the process is as fair as any involving subjective aesthetic judgments can be. Not everyone will agree with all of our final selections, but we hope they will find our process sensible.

If you’d like to keep following our progress down the home stretch, including finding out when the volume is for sale, be sure to subscribe to page updates, via RSS or email. Just check out the right side of this page to get set up.